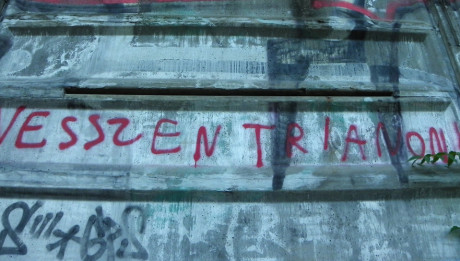 Nostalgia and False Notions of Empire: the (un)historical rise of the right in Hungary By: Alexis M. Zimberg Originally published in the Spring 2013 edition of The Hidden Transcript, an international affairs magazine sponsored by Simon Fraser University and the [...]

On this date in 2011 the Post-Soviet Graffiti team found itself stranded in Transcarpathia. With no phone, no hryvinas, no friends, poor Ukrainian, and no way to leave except on foot, we spent three days walking the city in the [...]

Dear PostSovietGraffiti Family, It’s May Day again, which means that today is our one-year birthday. Can you believe it? This year went by so quickly. Together, we have grown this community from one that consisted of only our parents to [...]