Post-Soviet Graffiti March 11, 2013 No Comments on Artful dodgers: urban interventionists Partizaning are taking back the streets 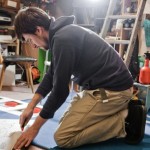 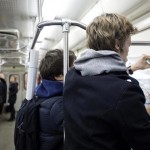 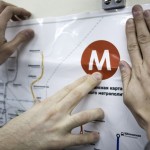 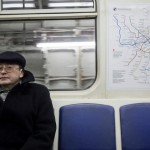 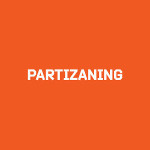 On a perfect summer day in Moscow the volunteer collective of art historians, street artists and activists known as Partizaning took the metro down to the suburb of Troparevo-Nikulino. There, at the southwestern end of the ornate Sokolnicheskaya line, they installed a dozen yellow mailboxes. A sign on the boxes instructed citizens to write about the things that they would like to change in their neighbourhood and then deposit their suggestions. In just a few days Partizaning received over 30 pieces of mail. Writers of all ages offered up hand-drawn maps, notes about broken streetlights and creative suggestions for the betterment of their community. This intervention was typical of the way the group uses borderline anarchic actions and public installations to improve the local environment.

Nonetheless, even though it directly benefited local residents, the mailbox installation was an unauthorized act and therefore considered a provocation in the government-owned public space. The guard at a local school immediately suspected them of vandalism and demanded an explanation; but once he got one, he was delighted with their initiative. With the information shared in the letters, Partizaning could instigate dialogue among locals and equip volunteers and activists with tangible, practical ways to serve their community. This type of direct access is especially valuable in a country where land use and development have largely been dictated by some centralized authority, whether it is tsarist, Soviet or oligarchical. The wealth and power that dominate Moscow’s political arena have a tight grip on its sprawling urban neighbourhoods. 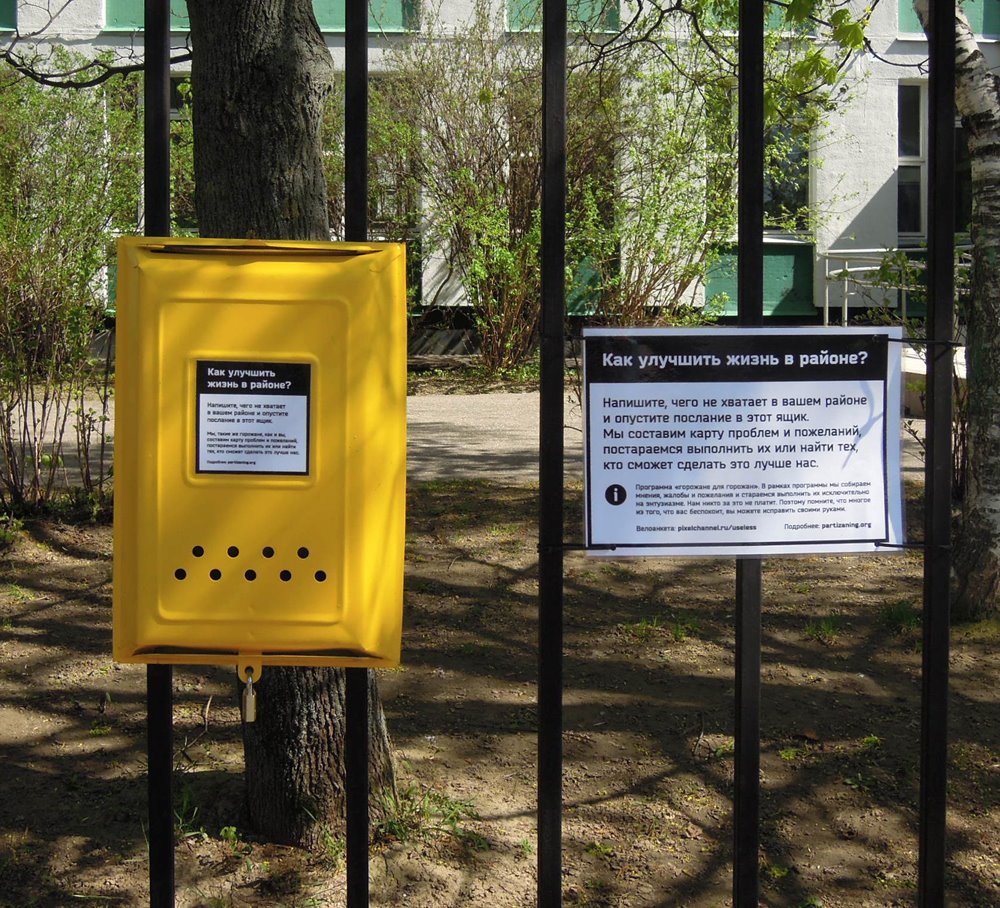 Yellow mailbox for comments on how to improve the neighbourhood, installed by MAKE and Shriya Malhotra in Troparevo-Nikulino, Moscow (May 2012)

As so often throughout history, politicised groups on the fringes begin to mobilise: in December 2011 protesters in Russia came together seeking to amplify the muted voices and unaddressed concerns of these marginalized populations. Yet traditional political opposition movements have not found an environment fertile for success. Idealistic dreams of ushering in a new Russian reality by first ejecting President Putin from his throne and then electing socially conscious representatives appear untenable in a so-called democracy in which tanks line inner-city side streets on election day. The contagious hopes for true political change so fervent in 2011 — when Russians nationwide gathered for the largest demonstrations since the fall of the Soviet Union — seemed largely to have fizzled out by the time I visited during the Presidential Election in March 2012. Thus local citizens of average financial means who wish to influence their communities are still left lacking both government cooperation and outlets for expression.

Enter guerrilla urban art and the bottom-up curation of shared public life: young activists who use absurdity to criticize what they see as equal levels of absurdity in government and business. Such activist art has a rich heritage in Russia: you can draw a line from the early twentieth-century outrages of Mikhail Larionov and his Jack of Diamonds group to Artyom Loskutov’s carnivalesque Monstration parades in contemporary Novosibirsk. Now that art group Voina’s FSB-baiting phallus drawn on a bridge and Pussy Riot’s unholy rock and roll have become symbols of rebellion, it seems to many, and not least Partizaning, that illegal, creative and sometimes shocking methods are the most effective routes to direct societal influence. 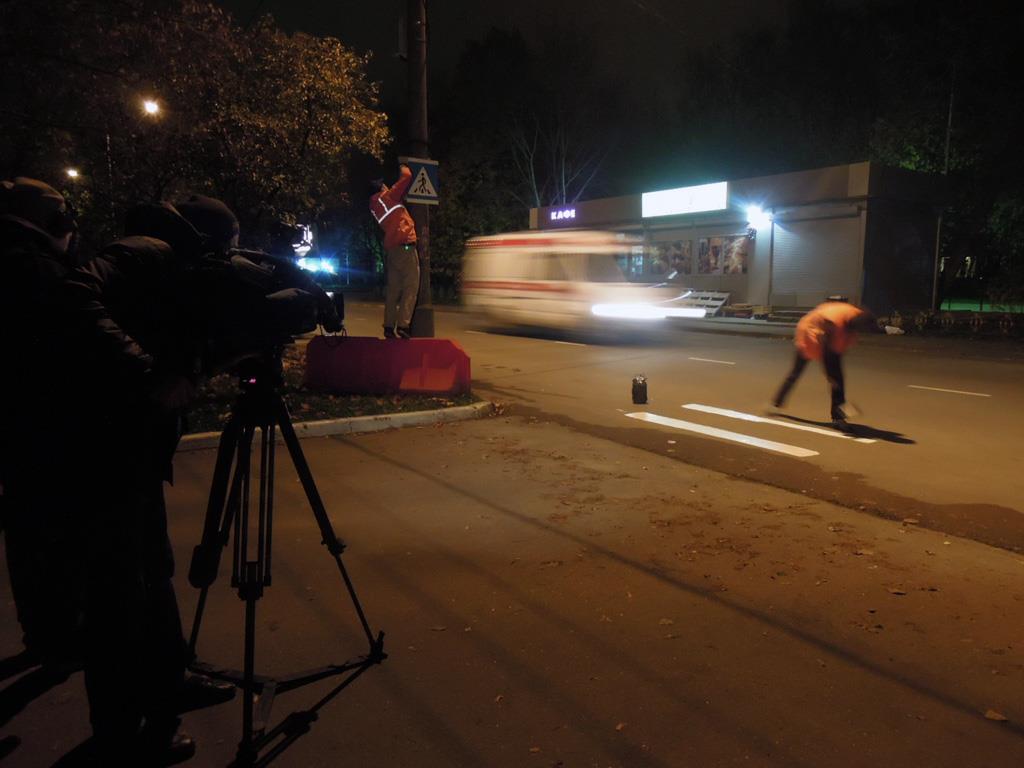 The group was formally founded by street artists MAKE and Igor Ponosov in November 2011. Together with fellow Muscovite creatives Sonya Polskaya, Shriya Malhotra, and Kirill Kto, they strive to inspire others to pursue social justice and an accessible quality of life for all by fortifying a sense of shared ownership and responsibility among hollowed-out post-Soviet infrastructure and the looming shadows of corporate capitalism. They are sustained by the mantra that local citizens are the true experts on their districts and should therefore be treated as such. To connect an isolated 12 million Muscovites, Partizaning runs a bilingualurban activism news site, as well as a samizdat publishing house that produces quarterly newsletters, graffiti guides and alternative city maps. At Winzavod, a post-industrial art space in downtown Moscow, the group organizes free public lectures to kickstart dialogue about DIY urban repair, posing creative challenges around social problems and exploring the nuances of merging the aesthetic with the everyday.

“We have to change people, not Putin.

People have to want change for change to happen”

Partizaning — along with famous friends like Yekaterinburg’s Timofey Radya, the “Russian Banksy” Pasha183 and Misha Most, cofounder of the Zachem (What For) graffiti team — have largely evolved beyond the political themes of 2011 and 2012. Instead of attacking the authorities, they use their collective voice to call for public action on accessible issues like increased pedestrian rights, a more child-friendly environment, better street signs and stricter parking laws. “We try not to speak directly about Putin,” Polskaya explained to me in an intimate interview at Moscow’s Art Play creative campus last spring. “Putin is not the only reason for our problems. We have to change people, not Putin. People have to want change for change to happen.”

By steering clear of political gridlock, Partizaning can keep active. Near the busy intersections around Kievskaya Metro Station, they painted their own illegal zebra crossing. To protect urban cyclists from high-volume, high-speed traffic on central Moscow thoroughfare Maroseyka (a nightmarish experience I, in my naivety, exposed myself to in August 2011), they installed a series of Use/Less cycle lane signs to divide the bike lanes from the larger throughway. Tired of navigating lanes of luxury vehicles parked in bike paths and on pedestrian sidewalks in Moscow’s Garden Ring, Partizaning distributed hundreds of bright orange stickers intended to resemble parking tickets for a day of action on 27 February 2011, hoping to shame drivers into a sense of social responsibility. Just hours before civic protest organisation Strategy 31 met in a public square on St Petersburg’s Nevsky Prospekt, Partizaning installed a practical yet satirical sign which demarcated the space as a “Zone for Free Political Protest”. Across town, outside the Alexandrinsky Theatre in Ostrovsky Square — historically a popular cruising spot for gay men — their signs established a “Zone to Freely Express Oneself”, a particularly resonant sentiment in light of President Putin’s recent decision to outlaw Gay Pride parades until the year 2112. 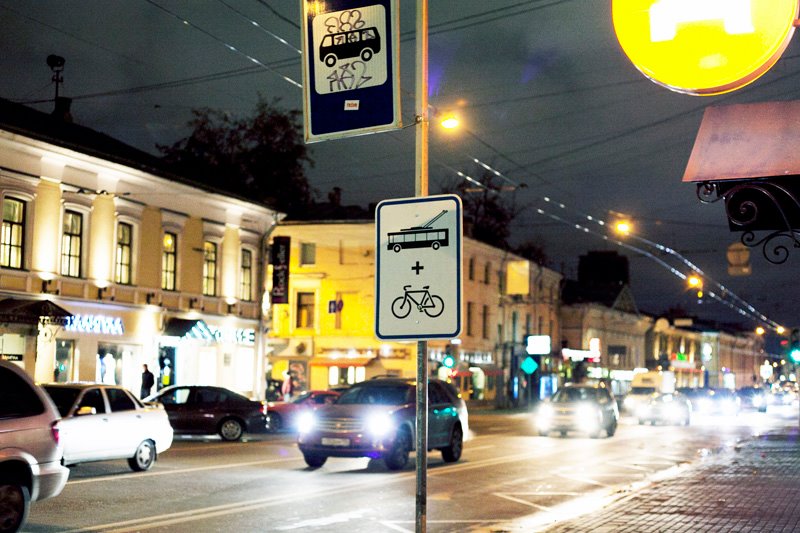 Partizaning’s model raises significant questions about the future of urban reality in Moscow. In a country historically so dominated by bureaucracy, centralized development, and all types of censorship (from above, from oneself, from the babushka in the courtyard), is it simply more effective to grab a paint can or a yellow mailbox and get out into the streets to fix what your neighbours say is broken? Maybe. Around the world this model of literally taking back the streets is actually working. In Detroit, a similarly post-industrial city, the do-it-yourself model is proving far more effective than relying on openly corrupt political institutions. To counter Detroit’s mismanaged Department of Transportation, locals bought an old school bus and now run app-traceable routes for city-dwellers. When the authorities failed to provide citizens with an effective civic centre to provide housing, jobs and a welcome for tourists, a Detroiter founded d:Hive, a catch-all company to play all these roles.

From Detroit to Moscow, the power for change is now moving into the entrepreneurial hands of local citizens seeking to make their neighbourhoods more liveable and more secure. By translating idealised theory into a tangible reality and local problems into practical solutions, tactical urbanism groups like Partizaning can empower people to reappropriate public space and take responsibility for the unmet needs of their own community, and they can do it with or without government cooperation.

[Repost of the original print in Calvert Journal (London), by Alexis Zimberg in February 2013.]