Post-Soviet Graffiti August 2, 2013 No Comments on Nostalgia and False Notions of Empire: The (un)historical rise of the right in Hungary

Nostalgia and False Notions of Empire:

the (un)historical rise of the right in Hungary

Originally published in the Spring 2013 edition of The Hidden Transcript, an international affairs magazine sponsored by Simon Fraser University and the University of Glasgow‘s Centre for Russian, Central, and Eastern European Studies.

Contemporary Hungary is perpetually suspended in a state of longing. Consider the half-mile of murals that runs near the Filatorigat stop of Budapest’s Suburban Rail system. These are where artists come to paint large pieces that incorporate a careful array of colors and techniques. “Get Lost Trianon,” reads one scrawled, freehand afterthought juxtaposed with flanking aesthetics. The colloquial reference to—and rejection of—the Treaty of Trianon, which in 1920 redefined Hungary’s borders as a part of a greater post-war peace agreement, is common parlance in Hungary. After all, the Treaty of Trianon resulted in a devastating loss for the Hungarian state.

In the Treaty of Trianon (colloquially referred to as Trianon), Hungary lost approximately seventy percent of its territory (including five major cities and its sea port) and about sixty percent of its population to neighboring Austria, Croatia, Czechoslovakia, Ukraine, and Romania. During World War Two, the Arrow Cross party shook backroom hands with Nazi Germany, offering wartime support to Adolf Hitler and his team of Gestapos in exchange for a restored pre-1920 version of Hungary’s map. Nazi Germany lost the war and Hungary retained its modified boundaries (gaining instead a sordid political history that now involves Nazi-collaboration). 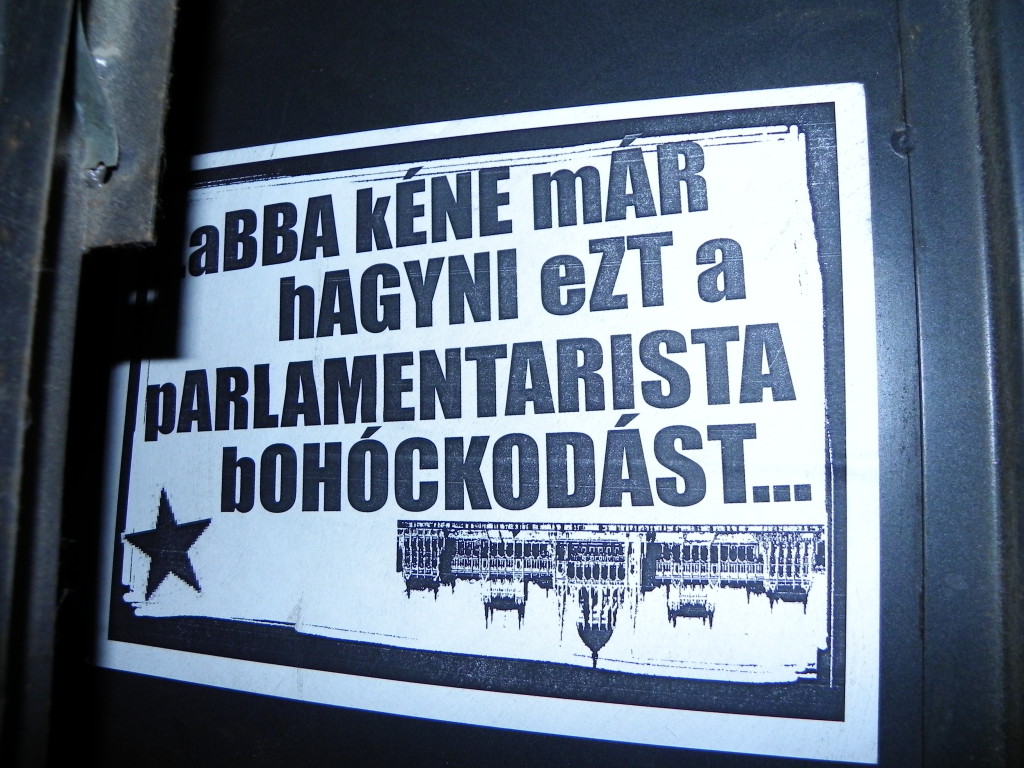 Sixty-five years later, the Trianon rhetoric remains a forefront rally-point for Hungarian national politics and shared identity. Wheatpasted posters in Budapest’s District VI prop up the outline of pre-Trianon Hungary as map-as-logo political ideology. Benedict Anderson, in his book “Imagined Communities,” defines the map-as-logo as the role of the image of an outlined country in defining that nation’s shared identity. By reducing the Trianon political ideology to a logo—the outlined map of former Hungary—and using this term and logo in everyday interactions, the movement is legitimized and propelled into acceptance. As the title of his work suggests, Anderson also goes to significant lengths to explain why national identity is a socially and politically constructed myth. If citizens can see themselves as Kazakhs not Soviets or Texans not Mexicans despite historical land control, why does Hungary have such difficulty separating its current reality from its ghostly reign? After all, the generation that actually experienced the travesty of the Treaty of Trianon is no longer alive.

Nostalgia for bygone greatness—for a powerful and reigning empire—drives and reinvigorates an obsession with the long-since buried reality. The Jobbik Political Party capitalizes on this national yearning for stolen empire by incorporating it into their political platform as a central issue. Jobbik is known to be a far-right political party that props itself on anti-Semitism, anti-Roma positions, and general xenophobia. Shockingly (or, if you are a historian, perhaps not shockingly), as Hungary wades through a tough economy, political movements like Jobbik garner significant popular support. The group won 12.18 per cent of Parliamentary seats in the 2010 election. Jobbik’s projected success in Hungary’s spring 2014 Parliamentary election, if actualized, will quantitatively illustrate the party’s present popularity.

A member of the European Union, Hungary is considered to be a generally free and democratic state. The people vote for their leadership through western-style campaigning and popular elections. Since his 2010 landslide victory, Viktor Orban and the right-wing Fidesz party have guided the country into legalistic authoritarianism via an official censorship strategy, a single-party constitutional rewrite, and vehemently anti-minority policy-making. The current administration is composed of many-a-lawyer and makes certain that its actions are always sanctioned, even if they explicitly threaten human rights or social justice.

It did not take much, however, for this nationalistic right-wing party to gain power after the prior administration left the capitol on a low note. The previous Prime Minister, Ferenc Gyurcsany of the Hungarian Socialist Party, lost all respect and authority after a recording released his confession that he camouflaged a series of poor decisions that catastrophically affected Hungary’s already flailing economy. In swooped Fidesz and its younger sibling Jobbik to re-inspire the people by reviving Hungarian glory. And, to some extent, their efforts have been successful. Fidesz and Jobbik have built beneath them a strong and faithful right wing. 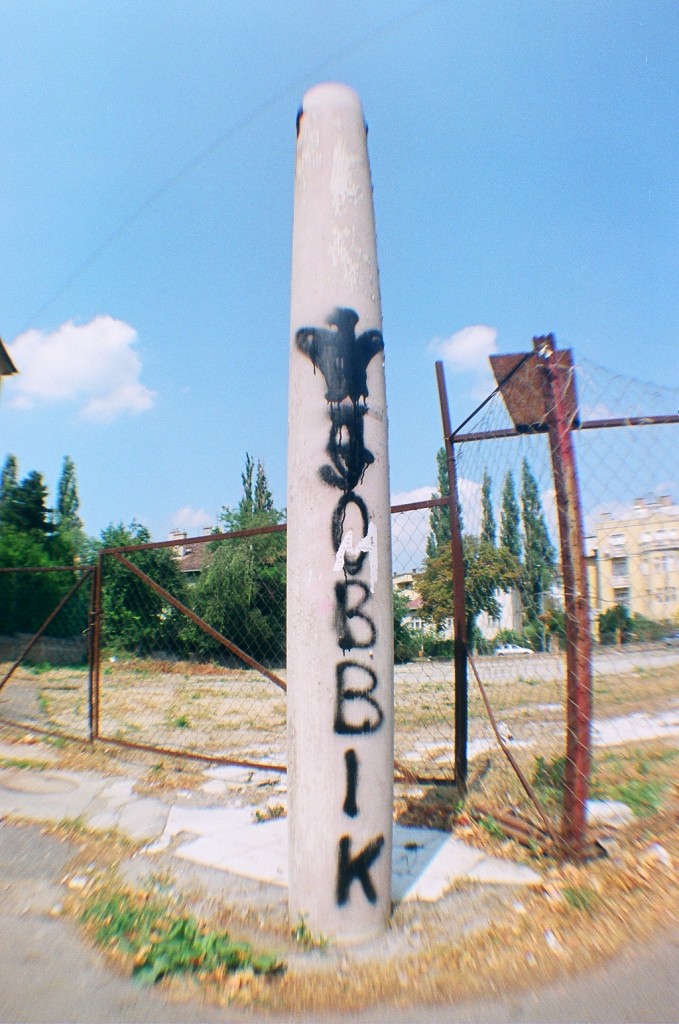 Yet, their rise to power and sharp focus on building a Hungarian Empire for Hungarians poses a few concerns:

(1) Fidesz’s human rights violations and Jobbik’s Trianon rhetoric portray the country as headed in a ‘backwards’ direction in comparison to western norms;

(2) their nationalist policies and rhetoric pit Hungarians against an increasingly angry European Union;

(3) Hungarians abroad have certain citizen rights within Hungary, posing concern for Hungary’s neighbor relations (with Slovakia, Austria, and Romania in particular); and

(4) since the rise of national Hungarian identity, the European state has become an increasingly hostile environment for Jewish and Roma citizens.

There is actually a politically correct term for all of this: magyarization. 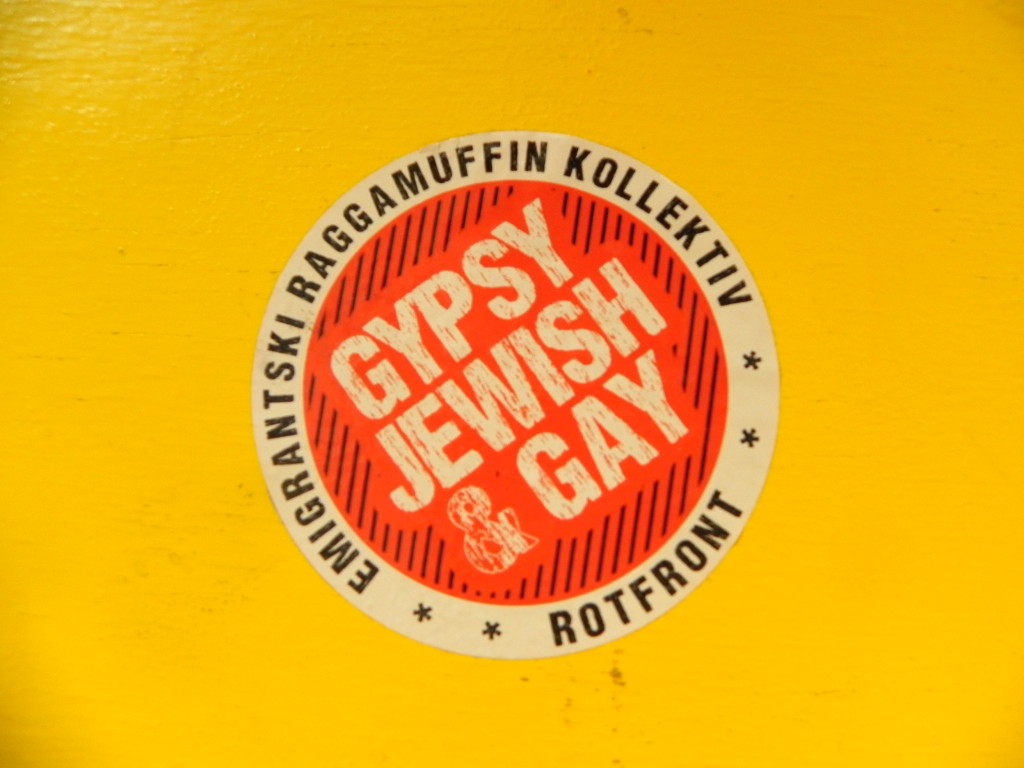 The question must be asked:

is it necessary to threaten Hungary’s domestic stability and status within the European Union (arguably unstable itself to some degree) by latching onto self-aggrandizing nostalgia, a justice-threatening nationalism, and ultimately a false conception of empire that extends its borders beyond this century?

Of course not. After all, we find it to be dangerous when an individual stands victim to these conceptions of self; why would we, the international community, allow a country’s political authority to behave this way?

By reaching into the deep past for a legacy of Hungarian greatness, the current leaders of the small, European country are able to convince supporters of their divine ability to return to their throne at the head of a fictional Empire, pummeling to the ground anyone that threatens to stand in their way. The utopian memory of an idealized nation-state so commonly referenced in Hungarian politics—both in the Parliament and on the streets— threatens Hungary’s ability to move forward and upward as a nation and as an international team player. 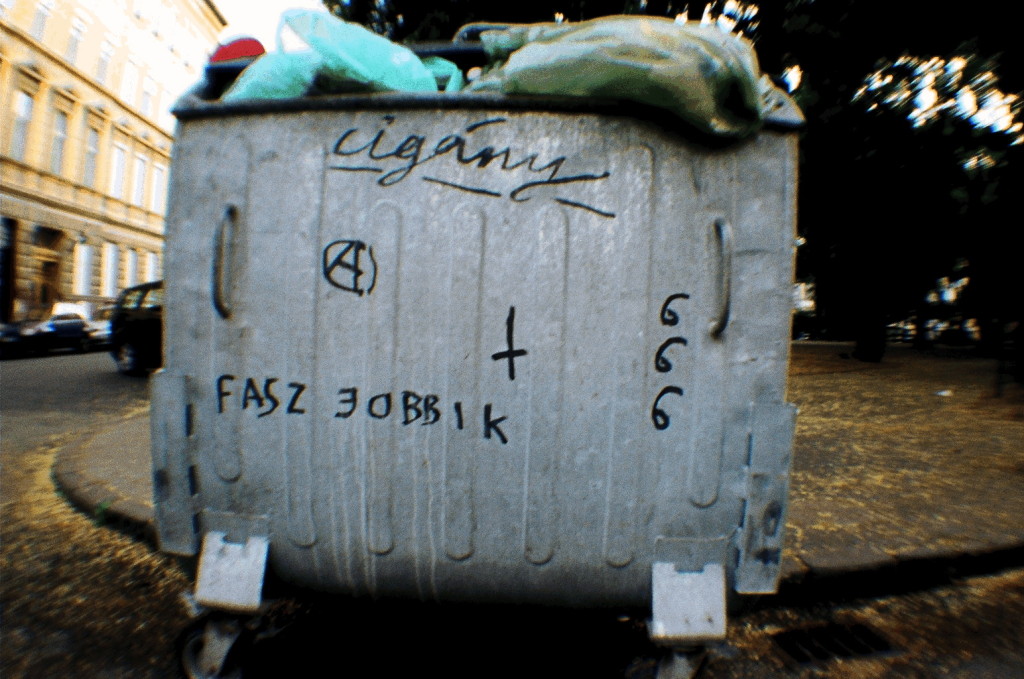